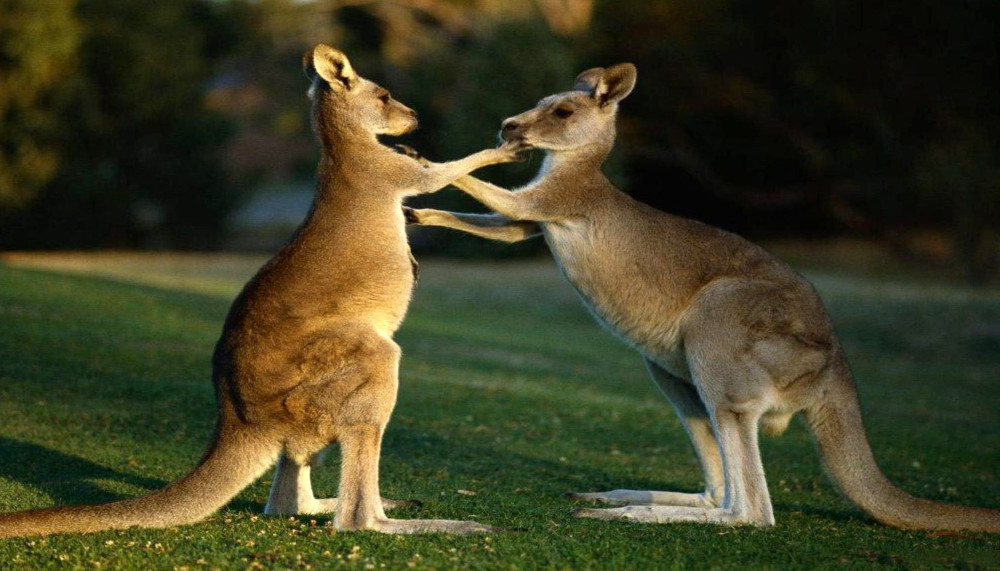 Why do peri-urban kangaroos need to be managed?

Populations of peri-urban kangaroos may occur when land development encroaches on existing wild habitats, or when adjacent protected reserves and parklands that are constructed for recreational purposes simultaneously act as safe, stable sources of feed and water for wildlife. Kangaroos appear to flourish in peri-urban areas, as they tolerate human proximity well compared to other wildlife. As the number of kangaroos in peri-urban areas increases, so does the occurrence of kangaroo-related incidences involving humans, motor vehicles, or property damage. This has negative impacts for the animal, as well as potential social and economic impacts on the local community. Dense kangaroo populations can also disrupt previously stable ecosystems by overgrazing, which then places other native species and ecological communities at risk. In addition, the kangaroos themselves will also suffer from starvation when feed is limited from overgrazing. Management of these populations requires early and careful planning to ensure the welfare of the kangaroos involved.

What methods can be used to manage peri-urban kangaroos?

In some areas, the presence of peri-urban kangaroos does not have a significant impact on either humans or the local ecosystem. In these situations where kangaroos occur in low numbers, only appear seasonally, or do not conflict with human activity, steps to manage these populations are not required.

Where significant impacts occur (including the risk of kangaroos starving) and it is determined that the kangaroo population must be reduced, the following broad methods of control are used. It is essential that the most humane and effective methods are used. Where lethal control is undertaken, this should only be done as a last resort and after non-lethal options have been considered to be unsuitable.

Culling is a lethal control method which, if undertaken by a licenced and competent shooter, has been demonstrated to be relatively humane, compared to other methods, for targeted individuals. However, there are risks including extended suffering for animals who are not killed on the first shot, orphan young at foot, or startling animals who flee and may become injured or suffer stress. Research has shown that some welfare risks can be reduced by using specific practices (e.g., culling at night, using infrared imaging etc) [1].

Culling is generally not supported by local communities, especially if the intent is to remove all kangaroos. There is also an ethical argument that these populations have a right to remain in their natural habitat undisturbed.

Is translocation a humane and effective option?

Translocation involves capture, sedation and anaesthesia of animals who are then transported to an alternative location. Whilst the aim of translocation is to be a humane management method that preserves the population, translocation of a large group of kangaroos has been shown to result in many of the animals subsequently dying [2]. Kangaroos can physically injure themselves and operators during the process of darting the animals with the sedative/anaesthetic, anaesthesia induction, as well as recovery from the anaesthetic. During initial capture and recovery from anaesthesia, kangaroos are also susceptible to a lethal combination of stress, overexertion, and overheating. Research indicates that achieving successful translocation is very difficult with a recent attempt resulting in about 80% kangaroos dying within the first month, mainly due to stress [2]. More needs to be done to determine if this method can improve welfare outcomes for specific populations of peri-urban kangaroos. When significant numbers of kangaroos occur in an area of proposed urban development, a careful assessment of relocation options should be considered well in advance of any land clearing being undertaken.

What other non-lethal methods are available?

Fertility control and fencing are two other non-lethal methods that have been used to manage kangaroo populations in peri-urban and rural areas.

Fertility control involves administering a contraceptive agent to female kangaroos, which disrupts a hormone required for pregnancy. The contraceptive can be delivered from a distance via a dart gun, which is more efficient than injection by hand, but can result in more tissue damage at the injection site. Darted animals must be marked to ensure that they do not receive repeated doses during efforts to administer contraceptive to every female, and the darts themselves must be collected after they drop off the kangaroos as the sharp tips of the darts pose a significant safety risk to people and animals [3].

The other non-lethal method is exclusion fencing, which has been used successfully in some instances to control and direct kangaroo populations away from residential areas. However, constructing and maintaining kangaroo-proof fences can be expensive. A misjudged jump can also result in catastrophic limb and tail entanglement or trauma, with significant risk of bone, muscle, or nerve damage. It is essential that fencing does not prohibit access to adequate food or water.

Currently, management methods have focused on urgently addressing conflict or welfare issues as they arise, rather than proactively implementing strategies preventatively to minimise kangaroo numbers. Many people living in peri-urban areas want to retain a local population of kangaroos, but this can only be achieved through a well-planned collaborative program involving government, land developers, wildlife carers and animal welfare groups. Effective strategies include establishing natural wildlife corridors to encourage movement between natural habitats which provide continuous feed and water access, as well as effective and humane fertility control starting whilst the population is relatively small and manageable. Some forms of fertility control treatment must be repeated every couple of years to prevent population growth, which can be challenging and requires ongoing commitment and resources, as well as monitoring.

Regardless of what management method or combination of methods are used, it is crucial that the methods are preceded by and followed up with population studies and welfare assessment. This allows evaluation of the impact and effectiveness of the intervention in the short and long term which helps to guide future management strategies based on the level of success.