Habitat loss and fragmentation are significant threats to the welfare of individual animals, biodiversity and species survival. RSPCA Australia recognises the critical need to prevent these negative impacts.

Habitat loss poses major welfare risks including preventing safe animal movement across the landscape, restricting expression of normal behaviours and denying animals’ access to basic needs such as food, water and shelter. Other impacts include stress, injury, illness, pain, psychological distress and death [1, 2]. It is estimated that over 50 million mammals, birds and reptiles are killed every year due to land clearing in Queensland and NSW alone [1]. Furthermore, loss of animals from land clearing can cause negative ecological effects such as disruption of natural food chains. This can lead to further negative impacts on animals which may not have been directly affected by the initial land clearing [3]. 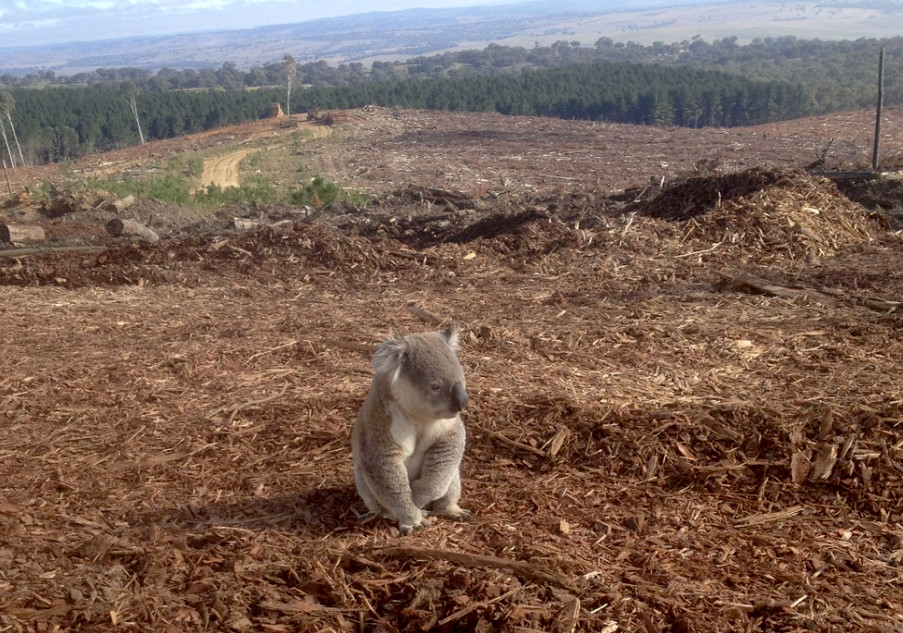 What can be done?

RSPCA Australia believes that wherever human activities pose a potential negative impact on wild animals, measures must be undertaken to ensure they are conducted in a way that avoids injury, suffering and distress. Where habitat loss and fragmentation is likely to occur (for example, land clearing proposals), legislative and policy reforms are required to ensure risk of harm to animals is appropriately evaluated and that effective precautionary steps are implemented.