There is increasing public concern regarding the welfare of horses and cattle used in rodeos due to the potential risks of injury and distress. The laws relating to rodeos vary widely between states and only provide minimal requirements for the protection of animals.

Rodeos involve several different events including calf rope and tie (also known as calf roping), steer wrestling, bull riding and bronco riding. There are many stresses placed on animals including fear and anxiety as well as risk of injury and death. 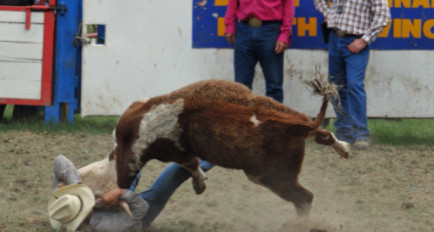 The Australian Capital Territory prohibits rodeo events under the ACT Animal Welfare Act 1992. Victoria, and to a lesser extent South Australia, have minimum enforceable standards with a whole section on rodeos contained within the animal welfare regulations. Key requirements include the need to obtain a permit to conduct a rodeo, a veterinarian to be onsite during the event and a minimum body weight of 200 kg for rope and tie events. This effectively disallows young calves from being roped, which is a high-risk event in terms of injury and stress. 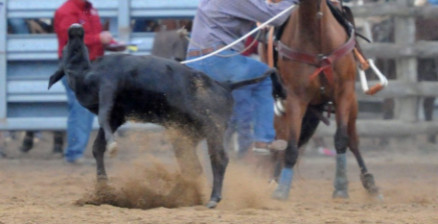 Queensland implemented a prohibition on the use of prodders on all horses in August 2020. Victoria also does not permit excessive use of electric prodders on cattle but their use on horses is not specified, whereas in all other states and the Northern Territory rodeo electric prodders can be used on both cattle and horses.

In New South Wales and Tasmania, it is mandatory to comply with a specified rodeo welfare code of practice. New South Wales has developed its own code whilst Tasmania requires compliance with standards developed by the now defunct National Consultative Committee on Animal Welfare (NCCAW). Victoria and South Australia have specific sections devoted to legal requirements for rodeos in their animal welfare regulations. In 2019, Victoria introduced some amendments which included mandating that organisers are required to submit an animal welfare plan as part of their permit application to host a rodeo or a rodeo school. In 2021, Queensland introduced a code of practice for rodeos which contains only minimal standards. Western Australia has also developed a rodeo welfare code but although this is proclaimed under animal welfare regulations, it is not mandatory.

The information presented here is not intended to be relied on for legal advice and you should seek advice from the relevant authority and/or a lawyer about your individual circumstances.

Summary of legal requirements for rodeos in each State/Territory

The following table highlights the inconsistencies in legal requirements in each state/territory for key aspects including electric prodder use, requirement to obtain a rodeo permit and attendance by a veterinarian.

Electric prodders are aversive to animals and should only be used when human or animal safety is jeopardised. It is generally accepted that electric prodders should never be used on horses due to their flighty nature and risk of injury. Prodders are not permitted in other circumstances including transporting horses. There is no justification for prodders to be applied to animals used for the purpose of sport and entertainment. It should be noted that flank straps and spurs (both standard equipment used in bucking bull and horse events) are also aversive to animals but there are no legal requirements in any jurisdiction restricting their use.

Key differences in legal requirements for rodeos in each state/territory

Calf rope and tie events are considered to pose the highest risk of injury and distress with ongoing efforts by advocacy groups calling for calf roping to cease. A new published paper highlights the importance of sentience in animals and calves specifically, the purpose of animal protection laws and inconsistencies in regulation of calf roping between Australian jurisdictions [1]. The authors concluded that calf roping causes unnecessary harm which raises concerns regarding the adequacy of legal protection for calves in jurisdictions where calf roping is permitted.

Some effort has been made to develop national welfare standards and guidelines by the rodeo industry. To be effective, wherever rodeos occur, these standards will need to be mandatory, contain appropriate provisions and should be strictly enforced in all states/territories to safeguard against serious welfare risks.

In recent years, legal challenges have been made in Canada and New Zealand on the basis that rodeo contravenes animal welfare legislation, given the recognition of animal sentience and that unnecessary harm is caused to animals. The outcomes from these legal challenges are pending. Reports questioning the legal status of rodeo in these two countries have been published [2, 3].

However, irrespective of any tightening of legislation or implementation of mandatory standards, the RSPCA opposes rodeos due to the potential for significant injury, suffering or distress of animals who are used purely for sport and entertainment.

[2] Roy A (2018) Report on the analysis of the data collected during the Montreal and St-Tite rodeos in Quebec (August and September 2017) “Plaintiff’s Report – Part II”.