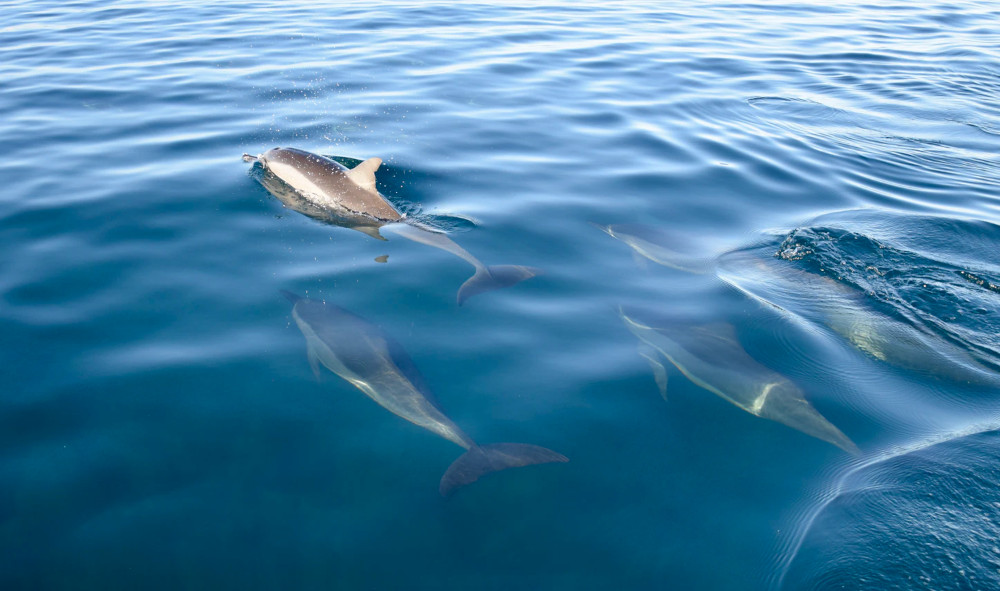 Dolphins are marine mammals belonging to the group known as cetaceans, which also includes whales, orcas and porpoises.

RSPCA Australia recognises that some animals have complex social, physical or behavioural needs which are extremely difficult to provide for in captivity. The RSPCA is opposed to the keeping of species for public exhibition where scientific evidence indicates that their needs cannot be adequately met in a captive environment. For the reasons explained below, in our view cetaceans fall into this group and consequently the RSPCA does not support the continued keeping or breeding of dolphins in captivity.

Dolphins are extremely intelligent animals with highly developed cognitive abilities, problem solving skills and language capabilities as well as complex social networks and inter-generational relationships. Bottlenose dolphins are one of the few species that have been demonstrated to recognise their own bodies and have a sense of self [1]. In the wild, their natural life is to roam their unlimited marine environment; they may travel over 100 km in a day, explore home ranges in excess of 170 km2, seek opportunities for wave surfing, deep diving or sprint swimming, all of which are impossible in captivity. In addition, they rely heavily on echolocation (sending out sound waves to detect objects at a distance by the echo created) to ‘see’ their natural, complex home (the ocean). Being confined in pools without complex seascapes to explore severely restricts their normal behaviour as well as their ability to swim naturally and encounter novel environments.

Studies have shown that dolphins in captivity can suffer stress resulting in appetite loss, ulcers, and increased susceptibility to disease due to changes in their social grouping, competition over resources and unstable social structures [2]. A recent study showed significantly lower cortisol levels in dolphins retained in open facilities compared to dolphins in closed facilities with the conclusion that this may be due to open facilities providing more space and diverse stimuli [3].

Social grouping has been recognised as one of the most important issues affecting health and welfare of captive cetaceans. Although in many cases an effort is made to mimic the nature of social groupings in captivity, it is impossible to provide for the varied complex interactions that occur in the wild due to the limit on the number of individuals maintained in captive groups and the restricted physical environment.

In addition, the pools that are used for display or human-dolphin interactions are usually designed to maximise visibility to humans and to facilitate cleaning rather than to provide a complex environment for exploration or deep dives, or to allow the dolphins to adequately escape or rest when they choose to. To provide a stimulating environment, enrichment tools must be motivating, controllable, and possible to master. This requires a commitment to vary cognitive challenges on a regular basis and so even fixed underwater enrichment objects need to be designed to allow changes to maintain motivation and interest. This is very difficult in a captive environment.

Captive dolphins are trained to present their body in different ways in order that their health can be monitored and routine procedures such as weighing and blood tests can be undertaken without physical restraint. They may also be trained to perform for entertainment purposes: there are varying views on how this affects public attitudes and understanding of dolphin biology and behaviour. However, there is evidence that for dolphins held in captivity, training based on natural behaviours can lead to improved welfare. Interactive performance activities can be seen as providing environmental enrichment and therefore are of some benefit to captive cetaceans. But, the routine of performances and training are generally predictable, which is a significant contrast to life in the ocean.

There is no evidence that justifies the keeping and breeding of dolphins in captivity on conservation grounds. Claims made by oceanaria that they help dolphins through research, conservation, public education and rehabilitation of stranded or injured individuals should be carefully examined to ensure that this is not limited to furthering captive dolphin programs rather than contributing to their conservation in the wild. Support for these other activities cannot be used to justify or overcome the inherent welfare problems of keeping dolphins in captivity.

There are only two operators who exhibit dolphins in Australia, one in New South Wales and the other in Queensland. In 2018, Dolphin Marine Magic, based in Coffs Harbour, New South Wales, announced a collaborative partnership with advocacy groups, Action for Dolphins and World Animal Protection (funding providers), to undertake a feasibility study to relocate their five resident dolphins to a sea pen sanctuary. In March 2019, Dolphin Marine Conservation Park (formerly Dolphin Marine Magic) announced that they would cease captive breeding, being consistent with their move to a rescue and rehabilitation model.

Following a federal Senate committee review in 1985, Victoria introduced legislation to prohibit the keeping of dolphins and whales in captivity and the ban continues today. Each state has legislation designed to protect animals from abuse and neglect, but such legislation does not necessarily safeguard the needs of all species in all contexts. Federal laws prohibit the capture of cetaceans from the wild.

Over the past decade, animal welfare groups have campaigned strongly to raise concerns regarding the keeping of cetaceans in captivity as understanding of the needs of these complex animals and the difficulty to adequately provide for them in captivity has grown. As a result, audience attendances at marine shows in some parts of the world have declined significantly with associated business enterprises suffering financially. In 2016, the US National Aquarium announced it would transfer their remaining eight dolphins to an ocean refuge by 2020 which will provide a much more natural environment.

Further information is provided in the Research Report on the welfare of dolphins in captivity, available at the link below.

How you can help

Many people enjoy the nature and beauty of dolphins by observing them in the wild through charter eco-tours, rather than attending performances and interactions with captive dolphins, whether in Australia or overseas. Opportunities to learn more about marine wildlife can also be gained by volunteering with marine conservation groups.

Raising concerns about the keeping and breeding of dolphins in captivity with those who can influence change is also helpful, for example, state politicians, government authorities, marine park operators and scientists.