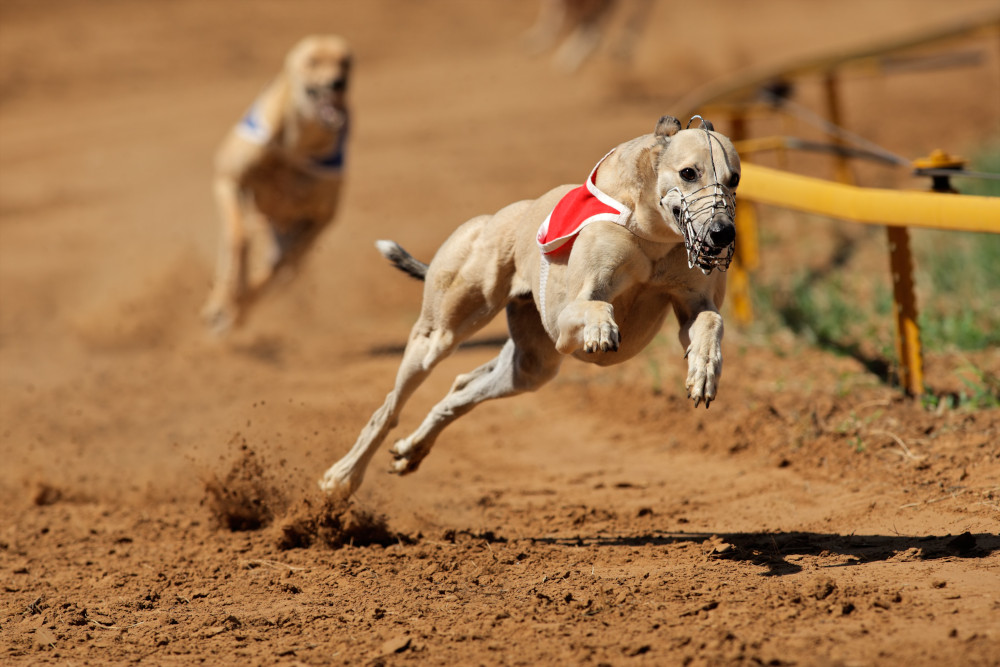 Overbreeding and oversupply of greyhounds

Due to the need to breed enough greyhounds to ensure sufficient dogs who are suitable for racing, each year, dogs are bred who are considered superfluous to the needs of the industry because they are unsuitable for racing. Often it is not possible to match the number of dogs bred to the capacity to rehome retiring or unraced greyhounds, leaving these healthy dogs homeless and subject to euthanasia.

This oversupply problem can be exacerbated by financial incentives for breeding, appearance fees and the lure of prize money.

The racing career for a greyhound is relatively very short. Dogs who begin a racing career usually start racing at about one-and-a-half years of age and are generally retired by two to five years of age, or earlier if they develop injuries or do not perform well.

The high numbers of greyhounds moving through the system with a variety of needs and suitability for rehoming mean that not all ex-racing greyhounds can be adopted in Australia through industry greyhound adoption programs or non-industry groups.

The routine use of surgical artificial insemination (AI) methods on female breeding greyhounds is an additional animal welfare problem associated with breeding. Surgical AI is highly invasive involving surgery and general anaesthesia and causes significant pain to the female dog. In some EU countries, surgical AI is banned as it is considered ethically unacceptable.

Injuries are very common in greyhound racing and are a major cause of dog suffering and wastage. Injuries are a major animal welfare issue as they cause pain, suffering and distress to the affected animals. Various types of injuries are regularly reported including serious bone fractures and muscle injuries. Other injuries sustained relate to physical over-exertion such as hypoxic fits (seizures due to a lack of oxygen), heat stress-related injury and collapsing post-race. The first turn of the racetrack is a common site for accidents or collisions to occur. Serious injuries can lead to death on the track or euthanasia.

Injury statistics are not published for all tracks nationally but, based on industry figures, hundreds of greyhounds are injured every year on greyhound tracks during races across Australia. Additional injuries will occur during pre-training, training, trialling and non-TAB races; however these statistics are generally not published. It is important to note that injuries may be detected post-race day and these injuries may not be formally recorded.

Many greyhound puppies and adult greyhounds are never adequately socialised, either with other dogs or with humans or to the different sights, objects, surfaces, sounds, experiences which companion dogs are likely to encounter in their lives. Dogs who are socially deprived are more likely to develop fearfulness and antisocial behaviour which impacts negatively on their welfare. Lack of adequate socialisation may also make it more difficult to rehome retired or unwanted greyhounds.

Inadequate housing conditions and a lack of environmental enrichment is another key animal welfare issue for many greyhounds as many are kept in small, barren, single-dog kennels for prolonged periods of time.

Various pharmaceutical substances have been administered to racing greyhounds in the quest for enhanced performance and increased potential to win races. Racing authorities maintain a list of banned substances and run drug testing programs; however, drug use still occurs. Administration of banned substances is a serious animal welfare issue as many of these drugs can have serious physical and psychological effects on greyhounds. Dogs have tested positive to a range of substances including amphetamines, methamphetamines, caffeine, anabolic steroids, Viagra, cocaine, and Erythropoietin (EPO) among others.

Live baiting refers to the practice of using live animals for the purpose of training greyhounds. This practice is illegal in all states and territories in Australia. The animals involved experience significant pain, fear, injury and distress and will eventually die. The same animals may be used repeatedly, suffering a very long and painful death.

For many years, the RSPCA has held serious concerns about the animal welfare problems associated with greyhound racing, including live baiting. These concerns were confirmed in the Four Corners ABC program on live baiting in three states in 2015. Multiple greyhound trainers including those with a high profile in the industry were directly implicated in live baiting practices, indicating that animal cruelty was widespread and entrenched in the industry. Although steps have been taken to eliminate live baiting, including strengthening of penalties and increased surveillance, there continue to be reports, allegations and investigations of live baiting occurring in the greyhound racing industry.

In some jurisdictions the Greyhound Racing industry is still overseen by the Greyhound Racing Authority who is responsible for both the regulation of the industry and its commercial development, promotion and marketing. This self-regulatory model fails to ensure that the welfare of greyhounds is prioritised and can lead to serious conflicts of interest, such as the use of financial incentives to promote greyhound breeding which in turn increase wastage rates. There is also still a lack of enforceable greyhound specific animal welfare standards in some jurisdictions.

There is also a lack of effective oversight of the life cycle and post-racing outcomes for greyhounds, which can result in an inability to verify the status and whereabouts of greyhounds and, consequently, a lack of transparency, data that is not reliable and uncertainty about the fate of greyhounds who leave the industry.

Lack of industry transparency and accountability

There is a lack of comprehensive published data on the lifetime outcomes for greyhounds born into the greyhound racing industry in most jurisdictions. This lack of transparency has significant ramifications in terms of tracking animal welfare outcomes in the industry.

What needs to change

Given the numerous unresolved animal welfare concerns associated with the sport, the RSPCA does not support greyhound racing. For as long as the sport continues, we believe the following must happen: