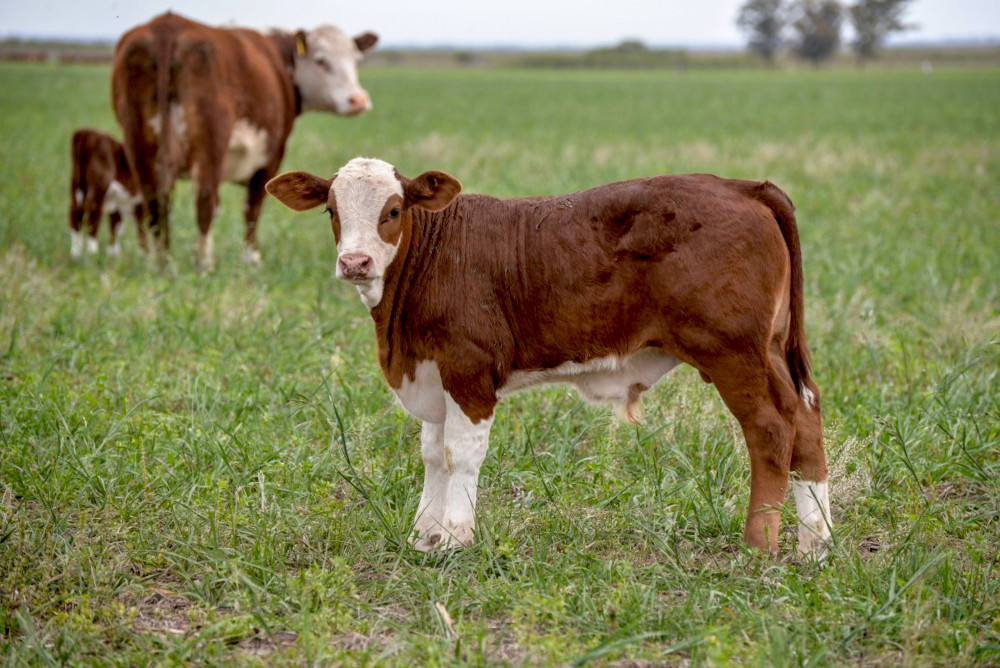 RSPCA defines a painful farm animal husbandry procedure as any action that alters or removes a specific body part of a farm animal and causes pain, suffering or distress. Any procedure that results in tissue injury should be assumed to cause pain, and therefore must be approached accordingly. RSPCA acknowledges that painful husbandry procedures are routinely carried out across many farming systems. However, the aim for all future farming systems must be to identify and adopt humane husbandry and management practices that do not cause pain, suffering or distress to animals. In the interim, best practice pain relief must be used.

Routine husbandry practices carried out on cattle include non-invasive procedures such as backlining, dipping or jetting with insecticides (to prevent lice), oral drenching with anthelmintics (to prevent parasites), mouthing, feet inspection and vaccination. These procedures may cause stress to the animal but are not painful (unless rough handling or injury occurs).

Invasive and painful procedures may include castration, spaying, dehorning, nose ringing, as well as teat clipping and tail docking in some dairy cows. Many of these procedures cause pain and inflammation [1]. Signs of pain in cattle include vocalisation, abnormal postures (head down, tail tuck or twitch, arched back, foot stamping, kicking at the underbelly) and reluctance to move or walk.

Prior to performing a painful procedure on farm, proper consideration must be given to the following:

Castration can be performed surgically, using a knife or by ring, and the method used influences animal welfare. In southern Australia, most male beef calves are castrated between 1-4 months of age. This includes dairy calves raised for beef. In northern Australia, male beef calves are generally castrated at an older age. The nature of cattle production in northern Australia, where animals graze on vast, extensive rangelands with little to no supervision, means that these cattle are not castrated until first muster (yarding) which could occur anywhere up to 12 months of age and sometimes older. Castration of male calves using a rubber ring or blade results in both acute and inflammatory pain.

Animals are routinely castrated in order to reduce aggression and subsequent injury. Castration also reduces the incidence of factors such as stress and bruising at slaughter that reduce meat quality. Beef yielded from steers is generally preferred to that from bulls due to a greater degree of marbling and tenderness (general improvement in meat quality) [4]. Performing castration at the youngest age possible (but no younger than 24 hours) and before weaning occurs is the least painful for calves [5].

Spaying of female cattle is performed to avoid unwanted pregnancy of animals, often in extensive pastoral areas (rangelands) where females are not segregated from males. Cattle are spayed as they are then less likely to lose weight (or starve), particularly under variable seasonal conditions, and spaying heifers (female cattle who have not given birth) reduces the incidence of calving difficulty and subsequent death. The two main methods of spaying cattle are flank laparotomy and the Willis dropped ovary technique. In a flank laparotomy, the ovaries are surgically removed through an incision in the flank or, alternatively, a portion of the oviduct (fallopian tube) is removed from each side in a process known as ‘webbing’. The Willis dropped ovary technique is the most common method and involves cutting the ovaries away from their attachments in the abdomen through the vagina. Flank spaying has been associated with longer-term pain and higher morbidity and mortality when compared to the Willis dropped ovary technique. Spaying heifers rather than cows reduces the welfare impact, with pain in cows found to be more severe and sustained. If an animal must be spayed, then the Willis dropped ovary technique is preferred.

Dehorning is the removal of an animal’s horn in order to reduce the incidence of bruising and potential injury to other animals or people. Most Australian dairy cattle and Bos indicus cattle (found mainly in northern Australia) are born with horns. When carried out on calves under two months of age, before the horns have attached to the skull, the procedure is termed ‘disbudding’.

Disbudding and dehorning are usually performed by farmers or contractors without the use of anaesthetic or pain relief and result in significant acute pain. Dehorning involves using special equipment to cut through the bone and horn tissue – this is more painful than disbudding. If the calf is not effectively restrained, the procedure is even more stressful for the animal. Studies have also shown that calves not provided with pain relief compared to those who have, have reduced appetite for up to two weeks after the procedure, indicating ongoing pain is also experienced [6].

The RSPCA strongly supports the breeding of poll animals (animals without horns) to avoid having to perform the procedure. A recent study [6] found no detrimental effects of selecting for polledness on important production and reproduction traits in a number of beef cattle breeds used in northern and southern Australia, including birth weight, mature cow weight, carcase weight, retail beef yield, intramuscular fat, milk yield, scrotal size and days to calving. A decision to continue to breed beef cattle that require painful dehorning is completely unjustified.

It is common for dairy cattle to be born with extra teats on the udder (supernumerary teats). These extra teats are non-functional and not harmful, but they can affect milking efficiency or increase the risk of infection and the development of mastitis in functional teats. In the dairy industry, supernumerary teats are usually removed using surgical scissors. Supernumerary traits are highly heritable and selection against supernumerary teats should be included in herd breeding programs with the aim to reduce the prevalence of the condition. Teats are highly vasculated and highly sensitive and so removal induces severe pain to the animal. Therefore, if removal is to be performed, it should be done at the earliest age possible (no later than three months of age) by a highly trained operator, in a clean and hygienic manner.

Nose ringing involves inserting a ring in the nose or nasal septum (cartilage between the nostrils) of cattle. This procedure is usually performed without pain relief. Nose rings are used to assist with management and control of large animals (mainly bulls) and the safety of their handlers. In calves, weaning nose rings may be used as an anti-suckling device to facilitate weaning. The proper use of a removable show lead is an alternative to the nose ring. These can be removed and allow the animal freedom to move around, reducing the risk of injury. Ring size must be appropriate for the size of the animal and may need to be replaced as the animal grows. The ring must be smooth and well-fitting and must not inflict pain. The nose ring must not be used until the septum has healed. The nose ring alone must never be used to restrain or pull the animal along. A suitable head halter should be used to lead the animal, while the nose ring must only be used to provide added control.

Some dairy farmers believe tail docking improves cleanliness around the udder thereby reducing the risk of mastitis and improving milk hygiene and quality. There is no scientific evidence to support these claims. Tail docking may also be performed as it is perceived to improve conditions for stockpersons working with the animals. However, switch trimming (cutting the long hair at the end of the tail) achieves the same outcome. Due to the lack of scientific evidence supporting any reasons to perform this procedure and its associated animal welfare implications, the RSPCA is opposed to tail docking of cattle. The Australian Animal Welfare Standards and Guidelines for cattle expressly prohibit routine tail docking of cattle. Switch trimming of dairy cows is an effective alternative means of preventing the problems associated with dirty tails.

What is the RSPCA’s position?

Before performing any painful procedure, proper consideration must be given to alternatives that could eliminate the need for the procedure in the first place. Where it is considered necessary to undertake a painful procedure, it must be done at the earliest possible age. All procedures must be performed by trained, highly skilled and competent operators. Cattle and operator health and welfare are of highest priority. Animal handling must always aim to minimise stress (of both cattle and operators). Pain relief using appropriate analgesics and anaesthetics must be provided. Current best practice pain relief include local anaesthetic in combination with a non-steroidal anti-inflammatory drug. Research priorities should be aimed at progressing alternatives to painful invasive procedures (e.g., breeding for select traits that remove the need for certain procedures to be undertaken, such as selecting for hornless rather than horned cattle, or developing technologies that avoid the need for spaying to control pregnancy) as well as urgent development of technologies that provide longer-lasting pain relief. Procedures must be accompanied by local anaesthetic and, where available, prior administration of analgesics and on-going administration of analgesics post-procedure and where signs of pain are evident [7].

[1] Faure M, Paulmier V, Boissy A et al. (2017) A multiparametric approach to discriminate the impacts of different degrees of invasiveness of surgical procedures in sheep. Animal: An International Journal of Animal Bioscience 11(12):2275-2284.