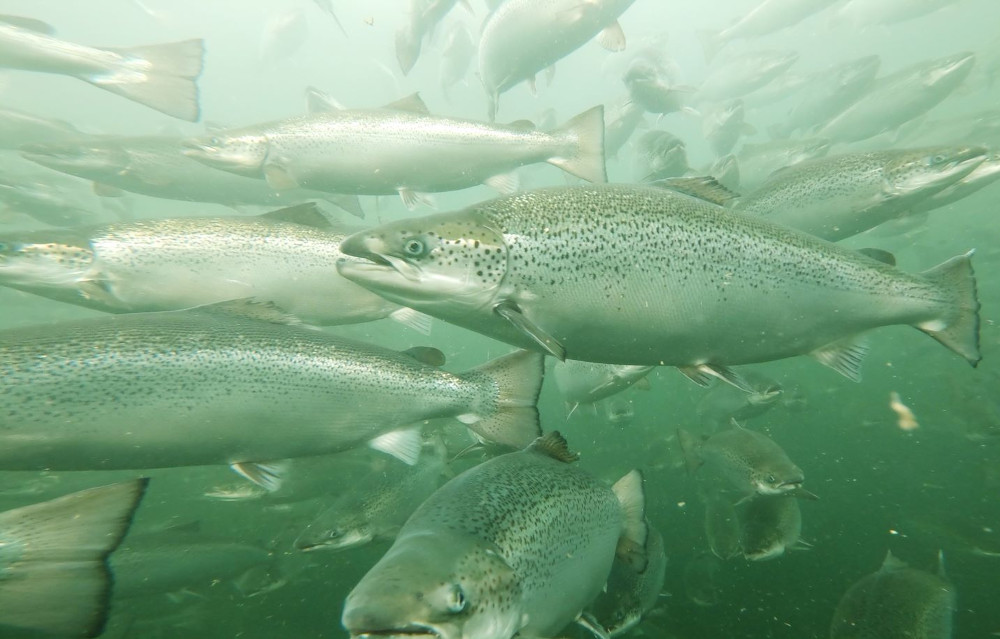 The RSPCA Standard for farmed Atlantic salmon focusses on ensuring good farming practices, fish handling, husbandry and management. For good fish welfare, fish have space to swim normally in oxygen-rich water and can school with other fish, they are handled in a low stress manner and are slaughtered humanely. During their life onshore or when out at sea, there’s a focus on providing for salmon’s behavioural and physical needs.

What is the RSPCA Approved Farming Scheme?

The RSPCA Approved Farming Scheme is Australia’s leading independent certification scheme focused on animal welfare. We work closely with farmers to make a positive impact on the lives of farm animals by providing an environment that meets their needs. More than 3 billion hens, pigs, chickens, turkeys and farmed Atlantic salmon have benefitted from higher welfare conditions since the Scheme began.

Why does fish welfare matter?

The available scientific evidence demonstrates that fish are sentient animals capable of experiencing pain and suffering. Fish must therefore be treated humanely and practices that have the potential to cause pain, injury or suffering avoided. It is essential that those responsible for managing farmed fish ensure fish welfare is an integral part of every aspect of production every day.

What does the RSPCA Standard mean for fish welfare?

Fish rely on good water quality for survival. This means the RSPCA Standard requires water temperature and oxygen levels to be monitored regularly and action taken if conditions could impact fish welfare. Water quality is also impacted by stocking density. The Standard requires fish to have enough space to express schooling behaviour and be able to move away from each other. To join the Scheme, the salmon farm must first comply with a recognised third-party audited environmental certification scheme that promotes good environmental practice.

Farmed fish are handled at various times throughout their lifecycle, including when sorting them by size, when vaccinating, and when transporting fish from freshwater facilities to the marine phase and to slaughter. Handling is stressful for fish and the RSPCA Standard requires that people handling fish are trained and competent, that equipment is fit for purpose, that the process is conducted to reduce stress, that fish are monitored for signs of stress, and that handling time is kept to an absolute minimum.

As with any other farmed animal, fish must be unconscious and insensible to pain prior to slaughter. During the slaughter process, fish are kept in water for as long as possible. The RSPCA Standard requires that fish are stunned prior to slaughter and remain unconscious during bleed out until death occurs. Each fish must be checked to make sure they have been effectively stunned and bled. Inhumane methods such as leaving fish to suffocate in air or on ice, bleeding without stunning, or using carbon dioxide to kill fish are not permitted.

RSPCA Assessors conduct frequent assessments of farms each year. These assessments (or audits) are specifically targeted to evaluate fish welfare during handling processes such as vaccination, grading, bathing, transport, and slaughter to ensure the requirements of the Standard are met.

To further improve fish welfare, the RSPCA Standard for farmed Atlantic salmon requires that an animal care statement and veterinary health plan are drawn up and that fish appearance and behaviour are observed daily, and that a sample of fish from each pen undergo a welfare outcomes assessment. Water quality parameters and oxygen saturation are important for fish survival and must be monitored, while biofouling must be avoided and copper-based antifoulant must not be used. Appropriate fish handling reduces stress and, as such, fish must be anaesthetised during vaccination and other invasive procedures, broodfish must be handled gently, and no live fish should be out of water for more than 15s. Infrastructure must be fit for purpose and not harm fish. For example, the use of brail nets is avoided and alevins (newly spawned salmon) are provided with substrate in which to nestle. Fish must be fed in a manner that avoids competition, while fasting periods, e.g. prior to transport, must be minimised. Feed must not contain growth regulators or added hormones. Before fish can be transferred from freshwater to seawater where they grow out, they must be tested to ensure they are ready for transfer, while the stocking density at sea is limited to 15kg/m3 which is ≤3 fish per cubic meter. Further practices that are not permitted under the RSPCA Standard include triploidisation, the farming of fish at Macquarie Harbour and the use of highly aversive seal deterrent devices.

The RSPCA Standards are reviewed at least every five years and updated as needed to ensure its continued relevance and ability to raise the bar. Reviews address any learnings from the assessment and certification process and consider new scientific developments or changes to industry practice or legislation to ensure their effectiveness in meeting the objectives. This is how we achieve continuous improvements to the welfare of large numbers of farmed animals, including farmed Atlantic salmon.

The RSPCA Approved certification means that salmon has come from farms where fish are raised according to the RSPCA’s detailed animal welfare Standard. Find out more about what RSPCA Approved means for farmed Atlantic salmon.