Jumps racing results in the death of racehorses for several reasons including catastrophic injuries, performance-restricting injuries and poor performance. The RSPCA is opposed to jumps races (steeplechasing and hurdling) because of the high probability of a horse suffering serious injury or even death as a result of participating in these events.

What are jumps races?

Jumps races require horses to gallop over 3 kms and clear a number of obstacles. For various reasons including poor performance and injuries, most horses have a very short career in jumps racing. Evidence shows that over one season in Victoria and South Australia, horses competed in no more than three races with22% competing in only one race [1].

Victoria is now the only state to continue to hold jumps races, with Racing SA announcing in October 2021 what it would not schedule jumps races in 2022.

What is a catastrophic injury?

A catastrophic injury is a severe injury to the spine, skull, limbs, tendons and other bony structures such as the pelvis or shoulder resulting in permanent dysfunction. Horses suffering such an injury on the racetrack will be euthanased as soon as possible.

Of the known deaths in jumps racing in Australia, the majority of the cases involved euthanasia due to a catastrophic injury. A study by the University of Melbourne reported the risk of injury and death of a horse competing in a jump race as 18.9 times greater than a horse competing in a flat race [2]. This study also found that of the 198 fatalities in jump races in Victoria over the fifteen-year study period, 68.7% were due to limb injury, 16.2% to cranial or vertebral injury and 3.5% were sudden deaths.

Since 2009, at least 76 jumps horses (57 in Victoria and 19 in South Australia) have died from injuries sustained due to jumps racing but the death toll is believed to be much higher because the industry has not publicly reported all associated injuries and deaths. 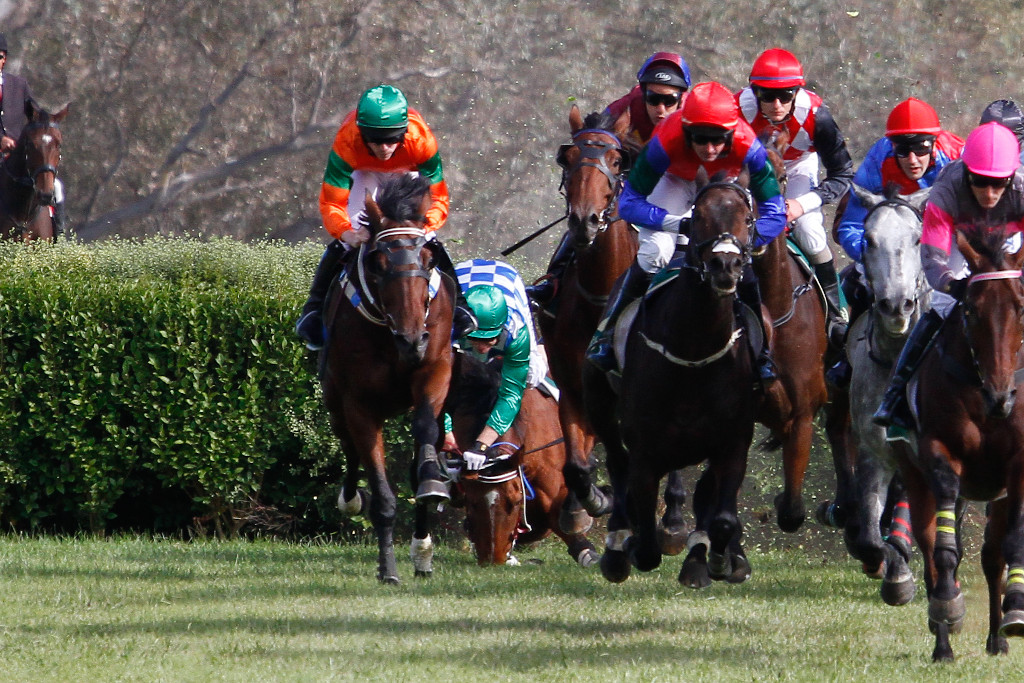 How common are injuries?

The true impact of jumps racing and the factors leading to the death of jumps horses is unknown. Horses who suffer injuries that reduce their potential racing performance are unlikely to be rehomed due to their injury, meaning it is more likely they will be sent to slaughter.

Research relating to non-fatal injuries associated with jumps racing in Australia is limited. However, given that similarities exist with jumps racing conducted in other countries, it is useful to consider relevant international research. For example, a UK study which reviewed statistics from 2,879 jump starts found 83 cases of a reported injury (nearly 2.9%) with the most common being tendon/ligament damage and laceration/wounds, and that injuries were commonly associated with a fall [3].

An accurate assessment of the actual cause of death for horses in jumps racing cannot be determined until full details are disclosed for every jumps horse who trains, trials and races, and the reason for their ultimate fate. This information is essential to determine the true incidence, and types and causes of injury and death of horses trained and competing in jumps races.

The majority of horses used for jumps racing have previously competed in flat racing, with the entry age being three years with some horses competing up to 12 years of age. Not all racehorses will adapt easily or quickly to jumps races. Some will be transitioned to jumps racing due to poor performance in flat races. There are several cases where horses are not adequately assessed to ensure they are fit and capable of participating in a jumps race safely. A review of the history of some of these horses who have died whilst competing in a jumps race clearly shows that either the assessment processes are inadequate or they have not been implemented fully [4]. For example,

More stringent requirements are needed to ensure that only fit and capable horses compete in jumps races to avoid further preventable deaths.

What happens to horses who aren’t successful?

There are various destinations for ex-racehorses including auctions, the knackery for pet food, the abattoir for human consumption, and life as a horse used for breeding or leisure and other sport activities. Some jumps horses may also return to flat racing, after they finish their jumps racing career.

Based on data collected during the 2002-2003 official season, the total ‘wastage’ rate for horses involved in jumps racing was 38.6%. The main reasons reported were poor performance/slow (36.5%), illness/injury (31.0%), to breed (9.4%), unsuitable temperament/behaviour (6.4%) and other factors (16.8%) [5]. In total, 16.6% of horses went to auction/new owner (however, a proportion of these will have been acquired by meat buyers), and 6.3% went directly to slaughter. Some retired jumps horses will be killed at an abattoir or knackery but it is difficult to obtain exact figures as these are not publicly available. In 2008, a report by Doughty found that 40 percent of the horses processed at an Australian export abattoir over a four month period had originated from the Thoroughbred racing industry, with horses having competed mainly from flat racing but also jumps racing.

Due to the high level of interest and concern regarding the welfare and fate of jumps horses, the industry should be required to publish all relevant information for each individual horse including all injuries and deaths (training, trials, races) and full details of the fate of these horses. The latter should include what the proposed use of the horses will be, such as slaughter, recreational riding or retired at pasture.