The RSPCA does not support killing sharks as a response to shark incidents involving humans. This approach causes unnecessary animal suffering to both target and non-target species. In addition, culling disturbs marine ecosystems and affects protected and vulnerable species including the targeted great white shark and non-target species such as the grey nurse shark. The available scientific evidence does not convincingly support the claim that killing sharks will reduce the risk to public safety. The RSPCA only accepts the management of wild animals where it is justified, effective and humane; the killing of sharks does not meet these criteria.

NOTE: A ‘shark incident’ is a human-shark interaction that results in injury or death of a human.

How and why are sharks killed? 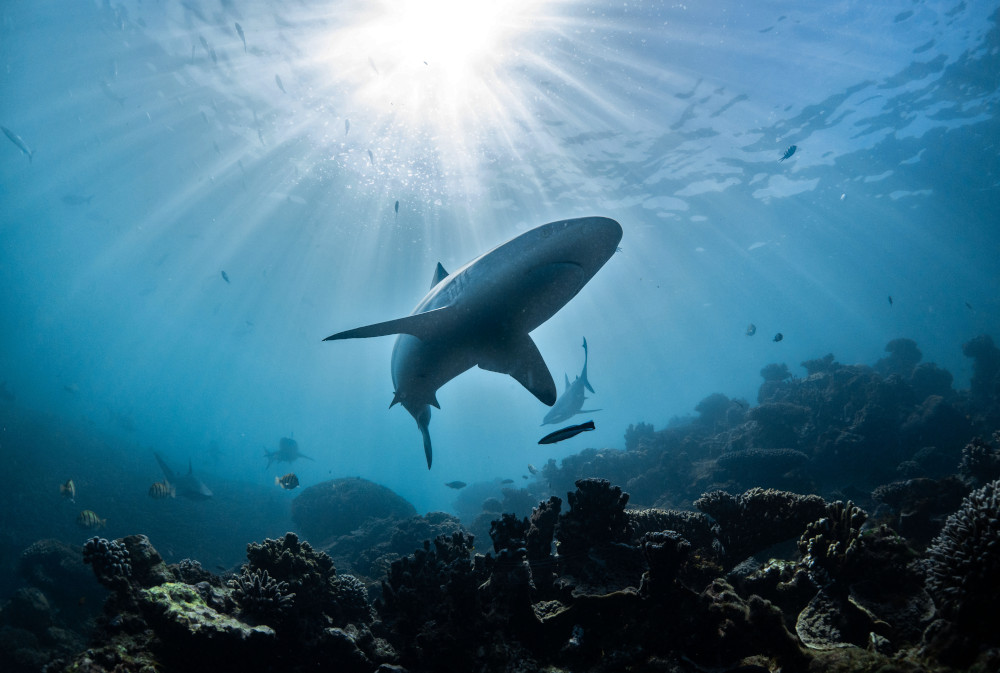 A drumline consists of a floating drum (a rubber buoy) with one line attached to an anchor on the sea floor, while a second line features a large, baited hook to lure, catch and ultimately kill sharks.

Over the 13-week trial, 68 sharks were caught by the drumlines and shot; none of them were great white sharks. An evaluation by the state’s Environmental Protection Authority recommended that the drumlines be abandoned as it was not effective in achieving its objectives [2]. Drumlines have not been re-introduced in WA.

Other methods used in response to shark incidents

A shark net is a submerged net placed around swimming beaches to reduce shark attacks by entanglement and drowning. The nets are placed parallel to the beach and in NSW are 150m long, with the barrier only covering the bottom half of the water column, whilst in Queensland the nets are 183m long, covering the top half of the water column. In Queensland and New South Wales, where shark nets have been used for many years, the evidence shows that they result in indiscriminate trapping and death of non-target species, including endangered hammerhead sharks. The evidence also shows that shark nets are ineffective, as only 3% of the species caught were target species. In 2016/17, it was reported that of the 373 animals entangled in nets in NSW, 81% were either threatened, protected or non-target species [1]. It has also been reported that shark nets may create a false sense of security for swimmers as they do not provide a complete barrier against sharks. Furthermore, there is a risk that dead and dying marine life caught in nets can attract sharks, potentially increasing the risk to humans.

In 2017, a federal Senate inquiry recommended that traditional drumlines be replaced with SMART (Shark Management Alert in Real Time) drumlines, and that shark netting programs be phased out [3]. A SMART drumline is designed to be a non-lethal method which, via a satellite link, sends an alert when the baited hook has been ‘taken’, with the aim that the shark or other species will be retrieved within a short period of time to enable live release. Target species and bigger non-target sharks of interest are generally released at least one kilometre from the SMART drumline. From 2019 to 2021, the WA government evaluated SMART drumlines and concluded that the technology was not an effective shark mitigation strategy in WA conditions. Over the two-year trial period, only two white sharks (target species) were caught but 266 non-target sharks (including tiger and bronze whaler sharks) and 43 other non-target marine animals were caught [4].

Although the average number of shark incidents has increased in Australia over recent decades – during the 1990s the national average was 6.5 unprovoked incidents per year but this has risen to 12.5 in this last decade [5] – the risk of human injury or death from a shark encounter is still very low. The recent increase in shark incidents is not due to increasing shark numbers as there is evidence that there has been a significant decline in coastal apex predators over the past 50 years. For example, a study conducted on the east coast of Australia indicates that the number of Great White Sharks has declined by 92% [6]. Rather, the increase in shark incidents is consistent with a changing and increasing human population.

Although the number of reported shark bites has increased, the fatality rate has decreased due to improved medical response, greater public knowledge of basic first aid and resuscitation, and increased education about shark incidents. Fatalities usually occur at remote beaches or where medical assistance may be delayed.

The International Shark Attack File reports that with great white sharks, the increase in incidents is a reflection of increased numbers of people using the ocean, as well as enhanced media coverage over the last century. The statistics on shark incidents does not support an increase in the ‘per capita attack rate’ by great white sharks.

The 2017 federal Senate inquiry into shark mitigation and deterrent measures concluded that lethal methods are not proven to improve public safety, and that new and emerging technologies have been shown to provide effective protection without causing negative environmental impacts [3]. These include advances in aerial surveillance, sonar technology, beach eco-barriers and deterrents (persona and ‘whole of beach’). Furthermore, in 2019, the Queensland Administrative Appeals Tribunal accepted evidence presented by Humane Society International that mesh nets and drumlines used by programs implemented by the Queensland Department of Agriculture and Fisheries (DAF) do not improve humane safety, negatively impact on the marine ecosystem, and provide beachgoers with a false sense of security [7]. Based on this evidence, DAF were instructed to significantly modify their shark management program including ensuring that sharks must be attended to within 24 hours of being caught on drumlines and are only to be euthanased on welfare grounds. However, this time delay is likely to result in great injury and death of caught species (target and non-target) and significantly contrasts with the WA Non-lethal SMART Drumline Operating Manual, where a boat must be at the site within 30 minutes of an alert and set SMART drumlines are to be checked every three hours.

Whatever approach is taken, for shark management programs to be effective at reducing shark incidents, they must be based on the best available scientific evidence.

Is it legal to kill protected sharks?

Normally, a permit to harm protected wildlife under the federal Environment Protection and Biodiversity Conservation Act (EPBC Act) must be obtained prior to killing any protected wildlife. In 2014, the WA government was granted an exemption from gaining this permit to kill sharks by the federal Environment Minister. The 2017 federal Senate inquiry into shark mitigation and deterrent measures recommended that no further exemptions be granted until a review of the EPBC Act is undertaken. This is important because there is evidence that shark numbers are declining based on declining catches in nets set as part of the Queensland Shark Control Program [6]. There is concern relating to lower numbers of hammerhead, tiger and great white sharks, as a reduction in apex predators will impact ecological processes and balance. However, because the shark management programs in Queensland and New South Wales have been operating for many years, both states do not require approval to kill protected sharks.

The RSPCA believes that proper assessment processes must be followed when any proposal is put forward to kill or otherwise harm wildlife, and especially when one of the target species is vulnerable to extinction. These processes are crucial to ensure that decisions are based on the available science and that conditions are in place to ensure any control measures are carried out in the most appropriate way to ensure that risks to the welfare of both target and non-target species are mitigated.

The killing of sharks to help mitigate shark incidents is ineffective and inhumane. Drumlines with baited hooks can cause considerable pain and suffering for prolonged periods, which can be days. Non–target sharks as well as other marine animals such as seals, rays, turtles and dolphins can also be caught by the hooks; they are likely to be injured by the hooks and many will drown, including many shark species who must keep swimming to effectively ‘breathe’. If they are found hooked on drumlines alive but badly injured, they will need to be euthanased rather than released. Drumline operators must therefore have sufficient knowledge to assess injuries and determine the survival prospect of caught non-target animals.

Where target sharks are caught on traditional drumlines they are shot. The shark brain is a relatively small target, thus to kill them with a firearm the shooter must know the position of the brain in the head. To humanely kill a shark using shooting, the most suitable firearm and ammunition must be used in combination with the correct point of aim to achieve a quick and painless death. Only trained operators with knowledge and experience in killing sharks should be used and it is not known if all contractors have the necessary skills.

What can be done to help reduce shark incidents instead of killing sharks?

The RSPCA supports the implementation of justified, humane and effective methods to prevent shark incidents. When evaluating potential mitigation methods, welfare aspects relating to target and non-target species must be considered in addition to environmental assessment. It is recommended that non-lethal methods that are informed by an understanding of shark biology, behaviour and ecology are further developed and implemented, including (but not limited to) tagging and tracking alert systems, patrols and surveillance, active and passive electrical repellents [8], innovative sonar systems and eco-barriers. Shark mitigation strategies such as ‘shark spotting’ using beach surveillance [9] and shark awareness programs [10] that educate the public about risk factors that can potentially influence the likelihood of being attacked by sharks [1] also play an important role.