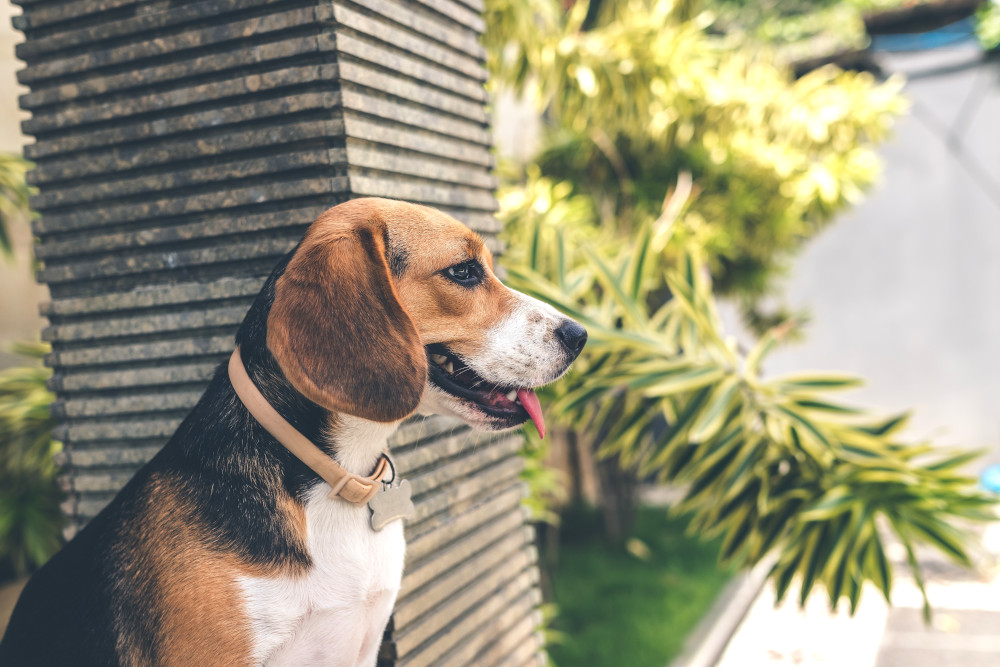 Some of the most common garden dangers that pets need to be protected from include:

These are a common cause of pet poisonings. Most rat and mouse bait products use warfarin-like compounds (anti-coagulants) that kill animals slowly by causing uncontrolled bleeding. These baits are designed to be attractive to animals, so attempts to prevent your pets from accessing baits by placing them in hard to reach places are often unsuccessful. Substitute poison baits with other more humane methods of pest control that do not pose any risks to pets (see What is the most humane way to kill rats and mice?). If you suspect your pet has ingested rodent bait/poison or eaten a poisoned rodent, immediate veterinary attention is required.

Snail bait poisoning, is a relatively common poisoning seen in pets and occurs when pets ingest snail or slug bait that contains the drug metaldehyde. Snail and slug baits come in a variety of forms and may be mixed with other toxins. Ingestion can be fatal (even when just a small amount is ingested). Snail bait is often in a pellet form, which many dogs find attractive due to its close resemblance to dry dog food.

Secondly, snail bait is often formulated with other food products, such as soybeans, rice, oats, or molasses. These additives are designed to attract snails but unfortunately lure many unsuspecting dogs as well. It should be noted that snail bait can also be purchased in a liquid or granule form. Whilst these are more difficult to directly consume, pets can get them on their paws and lick them off during grooming.

Once ingested the symptoms of metaldehyde toxicity develop rapidly, sometimes within an hour of ingestion. Initially, your pet may simply show some mild twitching and an unsteady gait. They may appear anxious, lack coordination and have increased heart and breathing rates. Some animals may also salivate and/or vomit. Some owners may make the mistake of ignoring these early, relatively mild symptoms, hoping that they are only transient, rather than seeking veterinary attention. If left untreated however, affected animals will begin to exhibit severe, generalised tremors, followed by seizures. These tremors and convulsions significantly raise the body temperature which can lead to permanent brain damage and ultimately death. Immediate veterinary attention is required. Vets administer emergency care including minimising further toxin absorption and suppressing the symptoms such as seizures until they wear off.

There are many factors that will influence the prognosis if your pet ingests snail bait. These include how much was ingested, how quickly appropriate vet treatment is initiated and individual dog health. If you suspect your pet has ingested snail bait you must seek veterinary treatment immediately to increase your pets chance of survival.

Many indoor and outdoor plants are toxic to pets. Check with your vet first before allowing your pets to have access to any plants. Some examples include:

Please see ‘Where can I find out about plants that might be poisonous for my pets?’ for more information.

If you suspect your pet has had access to poisonous plants seek veterinary attention immediately.

Tree or plant fruit stones (these may become an intestinal obstruction)

Cocoa Mulch is also known as ‘Cocoa Bean Mulch’ or ‘Cocoa Shell Mulch’ and is used as a mulch in home gardens in some countries. It is a byproduct of the manufacture of cocoa powder and other chocolate products. There have been several reports of pets being poisoned by cocoa mulch in other countries such as the United States and United Kingdom. As far as RSPCA Australia is aware cocoa mulch is generally not available in Australia however, it is possible that some small domestic chocolate manufacturers could sell cocoa shell mulch as a waste product from their chocolate manufacturing process. Therefore, while it is unlikely, it is still possible that a dog could have access to cocoa shell mulch in the Australian context.

All parts of the cocoa bean contain “theobromine”, a compound that has similar properties to caffeine and is toxic to dogs and other pets. Theobromine is the compound that causes chocolate poisoning, a problem that occurs mainly in pet dogs but also occurs occasionally in pet cats or other pet animals. The level of theobromine varies with the type of chocolate; baking chocolate and dark chocolate contain the most theobromine. Cocoa bean shells may contain relatively high levels of theobromine, and some reports suggest that, for a medium-sized dog, consuming about 250 grams of mulch could be fatal.

The symptoms of theobromine ingestion vary with the dose consumed. At lower doses, the pet may develop gastrointestinal signs such as vomiting or diarrhea but should recover with supportive veterinary care. If the pet eats a toxic dose the symptoms are more serious involving muscle tremors, restlessness or hyperactivity, elevated heart rates, seizures and possibly death. Symptoms may not develop immediately, but will begin to appear as the toxin is absorbed into the body. Immediate veterinary attention is required. Unfortunately, the chocolate aroma of the mulch makes it a popular choice for gardeners and also highly attractive to pets as something to eat.

It is also common for this mulch to develop a coating of mould as it decomposes; depending on the type of mould that develops, this may represent a further risk of mould toxicity to pets. RSPCA Australia recommends that cocoa-containing mulch products should not be used and alternative products that are safe for pets should be used instead. Any persons using cocoa mulch should ensure that any animals in the area cannot gain access to the cocoa mulch. Please note that cocoa mulch is highly attractive to dogs due to the cocoa scent and flavour so pets may try to access the mulch for e.g. by jumping over fences around garden beds or by breaking open bags kept in sheds. Adequate precautions should be taken.

It is also important to note that there are generally no label warnings about the potential toxicity to pets on the packaging of cocoa mulch so owners may not be aware of the serious risk these products pose to their pets.

Fertiliser products generally contain varying amounts of nitrogen (N), phosphorus (P) and potassium (K) compounds. Fertilisers may be in a liquid, granular or solid form. They may have additives such as herbicides, insecticides, fungicides, iron, copper and zinc. Because fertilisers are usually a combination of ingredients, the effects following ingestion may differ. In general, fertilisers cause mild to moderate gastrointestinal irritation which may involve signs such as vomiting, diarrhoea, excessive salivating, lethargy and abdominal pain. In many cases the effects are self-limiting and resolve within 24-48 hours with supportive veterinary care. Symptoms may be more severe if a large amount of fertiliser is ingested or if additives such as insecticides and iron are part of the fertiliser mix. Some fertilisers contain a significant amount of iron which can result in iron toxicity. Though heavy metals such as iron are generally not readily absorbed into the animal’s system, they can pose a hazard when dogs ingest large amounts.

Certain fertilisers may also contain bacterial or fungal toxins which can have serious side effects if ingested. If you suspect your pet has ingested fertiliser you should seek veterinary attention immediately. Insecticides such as organophosphates and carbamates are readily available for home and commercial use and are highly toxic to pets. Signs of insecticide poisoning may include: vomiting, diarrhea, excessive salivating, muscle tremors, and seizures and may be fatal. Immediate veterinary attention is required.