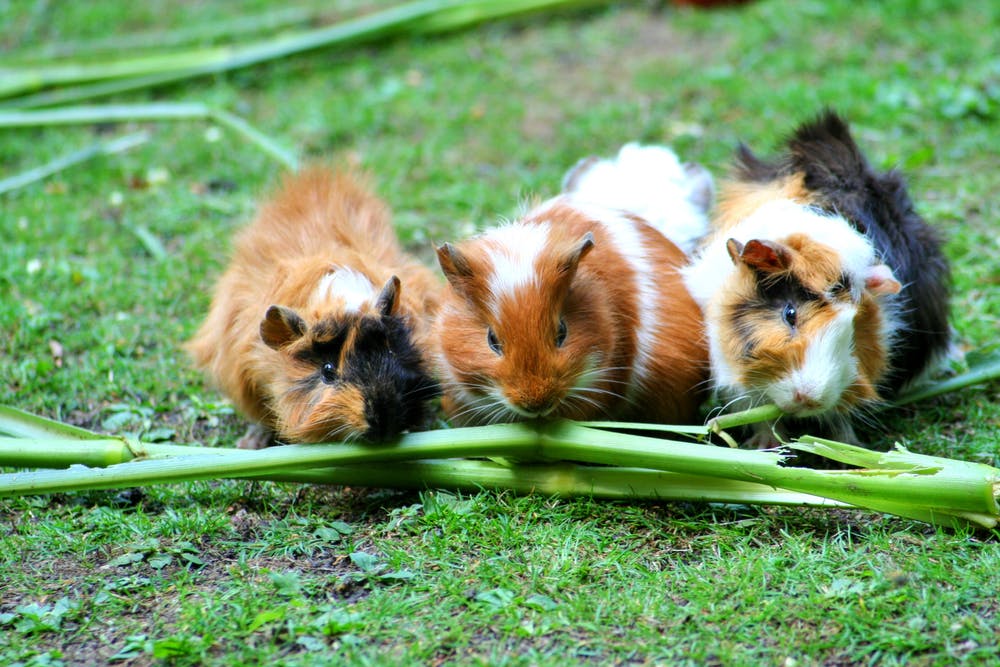 Guinea pigs are a social species and need to be kept with other guinea pigs. In their natural habitat, they live in herds and communicate frequently with each other with sounds and body movements. Your guinea pigs should be kept in groups of at least two individuals. Make sure that the guinea pigs are desexed or that both animals are of the same sex to avoid having any unintended litters of baby guinea pigs.

It cannot be overstated how important it is for guinea pigs to live in stable social guinea pig groups. There is a lot of evidence to show that social interaction with other compatible guinea pigs is beneficial to their health and welfare and also that lack of this is stressful and detrimental. It is important that guinea pigs are socialised early in their lives so that they develop the social skills they need to function well within guinea pig social structures! New animals should be carefully introduced and monitored for aggressive interactions. In particular, male guinea pigs are more likely to tolerate one another without fighting, if they are introduced at a young age. Once guinea pigs have formed social bonds, these guinea pigs should not be separated if at all possible. Even if one guinea pig needs veterinary treatment, ideally at least one of their family should stay with them, as this helps to reduce their stress thereby helping them to cope better.

Guinea pigs should not be kept with rabbits as these two species have different needs and do not make compatible companions. Rabbits may carry Bordetella bronchiseptica (a bacteria that often causes respiratory disease in guinea pigs) and pass this onto your guinea pigs. Another harmful organism that can be spread between the two species and cause health problems is the parasite E.Cuniculi (usually rabbits are affected and pass the parasite to guinea pigs living with them). In addition, rabbits often bully guinea pigs; rabbits can seriously injure guinea pigs, particularly with their strong kicks. More information can be found here.

The most important thing to ensure is that guinea pigs live with other compatible guinea pigs.